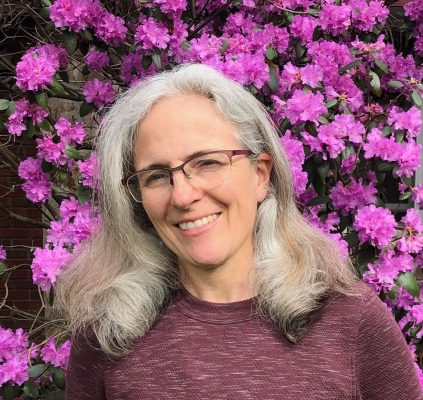 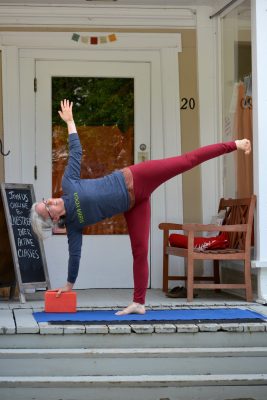 Since 1999, Tasha has offered Hatha Yoga in the Berkshires, Massachusetts. Her classes combine breath based movement, mindful alignment within poses, and intelligent sequencing to support the optimal unfolding of each individual. Through heartfelt expression and finely tuned alignment she guides her students to ground themselves is felt sensations and balanced energetic expression, encouraging each one to enter into their own independent, revelatory relationship with life.

Tasha began her yoga asana practice while in high school, cycling the hills of Pittsburgh to get to class. After graduating from Wesleyan University with her BA East Asian Studies, she taught secondary social studies for nine years and earned her M.Ed from the University of Massachusetts, Amherst, anchoring her in student centered pedagogy.

During this time Tasha attended annual ten-day retreats at IMS and began volunteering at the Teen Retreat, which she is grateful to have been involved with now for over 25 years. In 2001 she completed a two-year Introductory Teacher Training in Iyengar Yoga with Patricia Walden. Subsequently she took another 200-hour, Anusara ™ yoga teacher training in New York City and became certified in this method in 2007.

She has been offering yoga full time since 2003 and is currently the Founder/Director of Tasha Yoga studio in Williamstown, MA where she has lead teacher trainings and hosted workshops.   In 2016 she became an Authorized Teacher of Neelakantha Meditation as taught in Blue Throat Yoga, and has taught study courses for this meditation school.  Tasha became certified with the International Association of Yoga Therapists in 2017.   She has travelled to India on multiple occasions including leading trips for Williams College students.

Seeking always to inspire her practice and teaching of yoga through love and a practical grounding in the ecstatic reality of being, she is deeply grateful for the influential guidance of her teachers, and also for the presence of nature and animals in her life.  In her free time she is likely curled up with a cat or keeping company with her adopted bay Thoroughbred Rolan at the horse farm learning dressage. 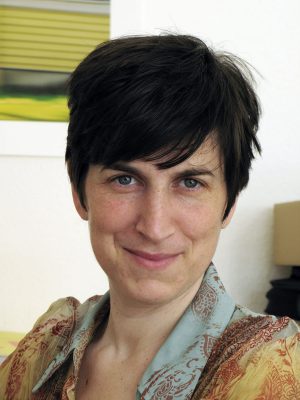 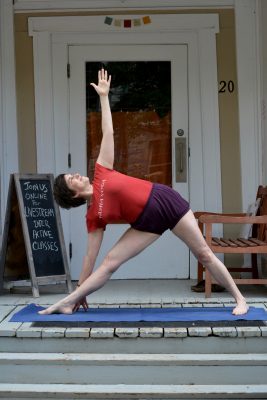 Anne completed her teacher training with Patricia Walden in Boston and earned her certification as an Intro I/II Iyengar Yoga teacher in 2016. She has been practicing yoga in the tradition of B.K.S. Iyengar since 1995. She has studied with Kevin Gardiner and Lara Warren at the Iyengar Yoga Institute of New York, as well as with Elizabeth Brass at the Iyengar Yoga Zentrum Berlin. A Williamstown native, Anne spent years living in Europe before returning to the U.S. in 2013. Anne has deep appreciation for the transformative impact of Iyengar yoga on her life, and is eager to share the gift of Iyengar yoga with beginning and practicing students. Iyengar yoga is alignment-based and makes extensive use of props to help students reach a fuller expression of each pose through attentive adjustments 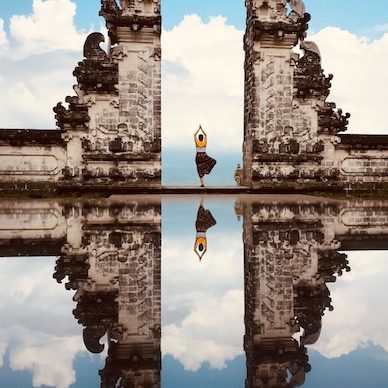 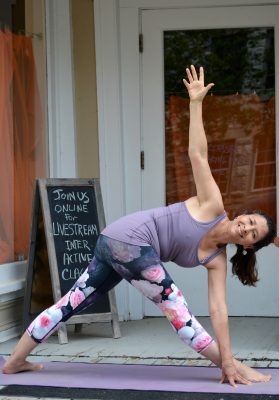 Trained as a Kripalu Yoga teacher, her teaching focuses on building a healthier life both in mind and body on and off the mat.  Her style and approach focuses on the synchronization of breath and movement which encourages an inward focus and compassionate self-acceptance, observing the activity of the mind without judgement.  She will guide you to a deeper connection with your body through a practice that is intense yet playful.  Ingrid is currently completing her iRest Yoga Nidra training Level 2.  Her personal practice is Anusara Yoga and Shadow Yoga, along with Neelakantha Meditation as practiced in Blue Throat Yoga. 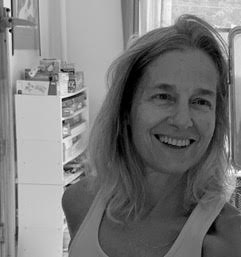 Watch the conversation with Sylvia about her yoga journey and teaching!

Sylvia has brought her love of movement to the yoga mat.  A life-long dancer, she is interested in exploring the different ways one can combine alignment-based asanas into a fluid sequence that pushes the boundaries of functional mobility.  Ever since her first dive into Ashtanga yoga with David Swenson almost 20 years ago, Sylvia has been hooked by this meditative yet demanding practice.  A week long workshop with Shiva Rea introduced her to the possibilities of dynamic vinyasa flow.  The importance of precise alignment became apparent when Sylvia expanded her studies into with Tasha Judson and then an intensive week-long Iyengar Yoga course with Patricia Walden during the summer of 2019. Sylvia completed her 200 hour Teaching Training at Down Under Yoga in Boston this past February, 2021. 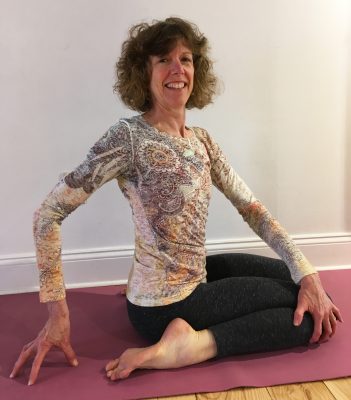 Deborah has been practicing/studying/teaching yoga since the late 1990’s. Her first certification was through Kripalu in 2000. She completed her second teacher training, in the Ashaya style of yoga, in October 2020. Ashaya is a Sanskrit word that means “abode of the heart”. Besides offering solid physical alignment in asana practice, Ashaya inspired practice is geared towards aligning the head and the heart towards deeper self awareness, optimal health, and a peaceful planet. Her goal is to share these teachings with each individual through mindful, fun movement sequences.